skip to main | skip to sidebar

Buy handmade and save yourself some money too! I've created a sale section in my Etsy shop, full of items perfect for Christmas gifts and decorations. So now the festive season doesn't have to cost you an arm and a leg. Go there now to get 20% off many items:

So it's September, and autumn is on its way. It's starting to get cooler outside, and I'm looking forward to keeping warm in cosy, luxurious clothes. 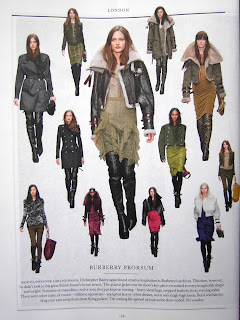 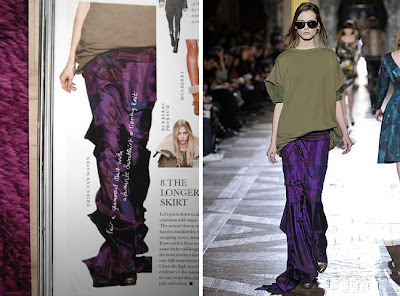 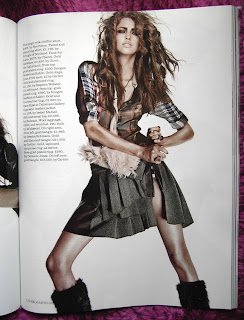 Images from Elle and arashmazinani.com

Thanks to a typical washout of a British summer, I have in fact been looking forward to autumn since mid-July - wanting the temperatures to match the grey sky. This seems to happen every year. With autumn comes Halloween, so I tend to start looking forward to Halloween in the middle of the summer. Which is rather premature. It's September now though, and, with less than two months to go, I can stop feeling guilty!

Autumn has already arrived in my little Etsy shop - I've had a Spooky Sale on since mid-July (I told you I get Halloweeny around then!), giving you 20% off selected items. Clicky the piccy to go there:

I've opened a Halloween section too, making the rest of my spooks easier to find. Click the Woolly Bat to go there:

Talking of Woolly Bats, I do believe I've mentioned them before in a previous post. As I mentioned there, their design was inspired by Honduran white bats, little flying balls of fluff. They're made of felted balls and wire, and would look gorgeous hanging in your home.

I've done a couple of little swaps lately, and got me some groovy things. The first of the swaps was with Marie of Deviant Candy. I made her a Black Widow pendant: 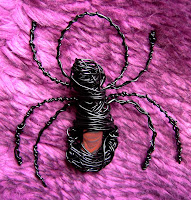 And she made me a zombie bat pendant, yay:

The next swap, which I got in the post just today, was with Kyra of TheKraftyKreep. I sent her a bat dangle:

And got an awesome TV pendant from her:

Another thing I got today was a Brown Owl Lavender Sachet from the lovely Mel of Inkmeup: 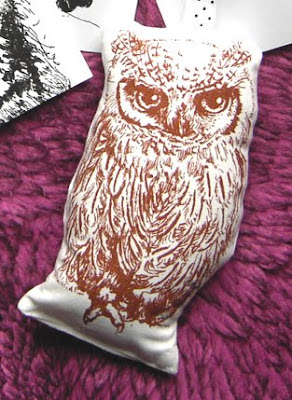 It smells gorgeous, and I got free prints too!

The owl is for my Mum (it's her birthday today), but I think I might have to buy my own Inky sachet. The Smelly Cat ones are particularly cute: 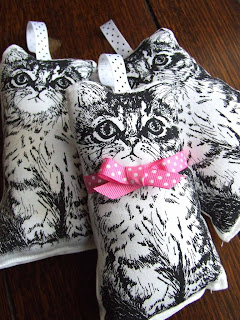 The other day, I was searching online for bats, as I often do, and came across these gorgeous little guys: 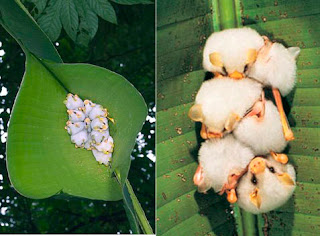 They're Honduran white bats, and live in the rainforest. Having seen these cute little snowballs, I of course wanted to make one, and set about designing how that might look: 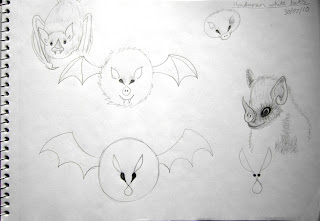 The basic idea was to have some sort of big pom-pom, and to add wire wings and features to that. My attempts at pom-pom making haven't been too successful though! For example, this one, made from some very fluffy yarn, is just too fluffy, and moults everywhere: 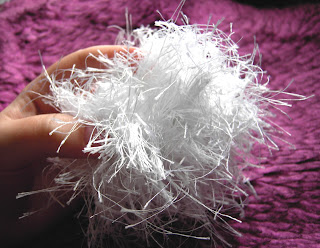 Instead, I've decided that felted balls are the way to go, so I've ordered a few of those. Until those turn up, here's a little Photoshop mock-up of what will be known as a Snowbat: 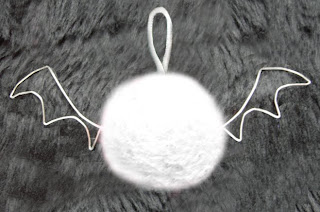 The Snowbats will be a lot like my Fuzzy Bats, only snowball-sized, and will have a loop with which to hang them from your Christmas tree.
Posted by Sneddonia at 17:45 5 comments:

Other people may be doing Christmas in July, but I'd rather have Halloween in July! Check out my Spooky Sale section to stock up with some pre-Halloween bargains:

Posted by Sneddonia at 14:33 No comments:

Made myself a little something ...

Having seen a very sweet Tiny Bat Necklace (by Giles and Brother for Kabiri) in this month's Elle, 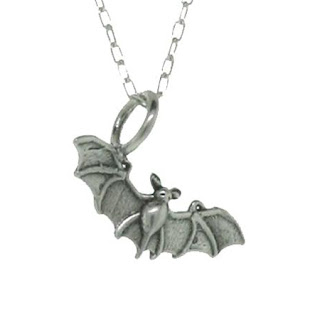 I of course wanted one for myself. So, combining a couple of old necklaces and a bat charm, 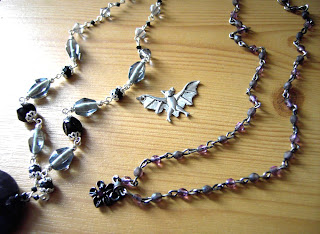 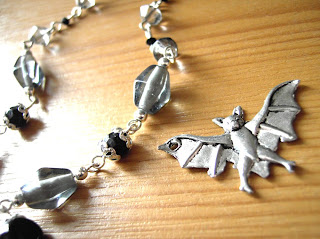 I made my own version:

Posted by Sneddonia at 13:57 No comments:

Inspired by icons of cute such as Hello Kitty: 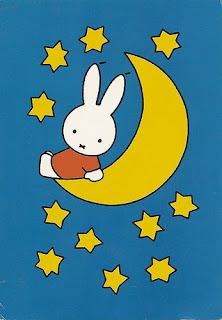 plus the handmade cuteness of Etsy friends, and other cute things in my collection;

I am starting to move my work in a slightly new direction. Sort of a creepy-cute direction. Various cuteness seems to have been invading my studio lately, and the cute could not fail to invade my work too. And, being me, it comes with a creepy edge.

The creepy-cute invasion of my work begins with Evil Bunny. I'd say that his bark's worse than his bite, but rabbits don't bark.

Look out for more creatures coming soon! Here's a few designs I've been playing around with: 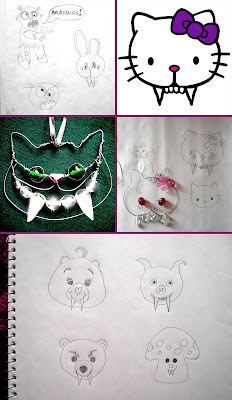 In the meantime, click below to check out the new Creatures section of my Etsy shop for bats, cats and more:

The Followers of Sned

This is a Flickr badge showing photos in a set called My Work. Make your own badge here.


View my page on Indiepublic

View my page on The Dark Side

View my profile on We Love Etsy